The Lasting Legacy of Marianne Ali Marianne’s remarkable story has inspired others for decades (view her mini biopic by RunRiot films here). A self-made woman who overcame addiction and other challenges, Marianne found a second chance by empowering culinary graduates as the long-time director of our Culinary Job Training (CJT) program. She received a White House Champions of Change Award and numerous other accolades for her transformative leadership and commitment to fostering dignity for all.

Her legacy of respect, courage, and fairness lives on in the hearts and minds of DC Central Kitchen through her former CJT students and colleagues. In celebration of her lasting impact, we asked our staff and alum to share their favorite memories of this truly remarkable, singular woman.

“Marianne was one of the greatest people I have ever known. She would come into a room and light it up. Her presence was powerful because she knew exactly what to say to people and how to say it. She had so much wisdom and knowledge that she passed on to everyone she met. Sometimes when I am sitting in my office, I look at her picture and say, ‘I miss you so much.’” – Jeff R., Case Manager.

“Once I became an employee for DC Central Kitchen, I worked with Marianne at the Main Kitchen. I was responsible for cooking lunch for the staff and volunteers. She would come out of her office and say “She’s here!! The Cooking Queen is here,” and we would laugh. I learned a lot of important lessons from Marianne, but the one I carry with me is to always believe in myself. She taught me to be my biggest fan.” – Carlette F., Class 93 graduate and Production Manager, Main Kitchen. Marianne with President Bill Clinton at the Main Kitchen

“Marianne was my direct supervisor, but she was also my friend. The thing about Marianne is if you were around her, you were going to learn something. She couldn’t help it – she was going to move you. She was a phenomenal lady in every aspect. She believed in this organization, and she believed in this program. I miss her very much.” – Tony V., Recruitment and Intake Coordinator

“Marianne loved this job. She was very smart, and CJT was her heart. She just wanted to help people. If I told her I liked the necklace she had on, she would take it off and give it to me. She would take our Capital Food Fight T-shirts every year and have a dress made from them. At the last food fight she attended, she gave the dress to me as a gift.” – Lachele C., Recruitment and Intake Coordinator “The one most important thing is she made me a better person.” – Andy F., DC Central Kitchen Chief Operating Officer.

“Marianne was one of DC Central Kitchen’s gems. She worked tirelessly with my class and taught me that to achieve anything in life, you must work hard.”  – Rosalind G., CJT Class 100 graduate and Production Cook, Main Kitchen. “It was an honor to be around Marianne. She gave me confidence that I didn’t know I had. One day, Marianne had a friend who was opening a restaurant and needed a manager. Even though I hadn’t graduated yet, Marianne picked me out of the class and suggested I go interview for the job. When I showed up for the interview, the friend said, “If Marianne sent you, she must have confidence you can do the job.” I was hired and asked to find three more people for my team, so I went back to Marianne and asked to choose three of my classmates. I knew that as a group, we had all the skills we needed to succeed.” – Ricky L., CJT Class 68 graduate and Cook, Nutrition Lab.

“One lesson I learned from Marianne is that we are as fierce as we are created to be. And that if I stay consistent and put my mind to it, I can do and be anything I want.” – Aaliyah N., CJT graduate and Takes Thyme Catering Owner 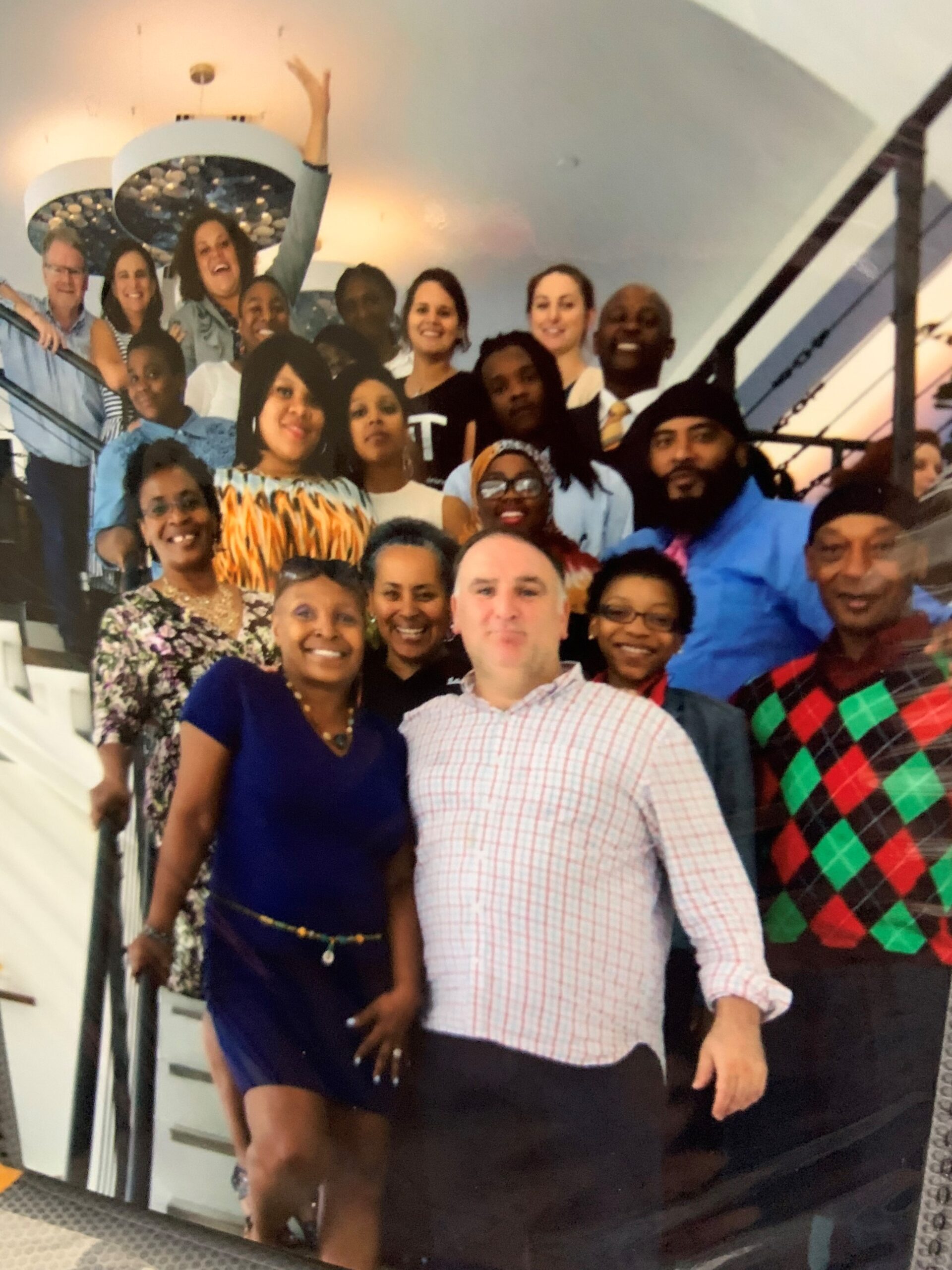 As testament to Marianne’s work, our social enterprise cafés provide living wage careers to graduates from our CJT program and hands-on learning opportunities for current students. Please join us in honoring her legacy by visiting Marianne’s by DC Central Kitchen on the main level of the MLK Library for a delicious cup of coffee or a nutritious, fresh lunch the next time you’re in Penn Quarter. For more information about hours of operation, menus, catering and more, visit DC Central Kitchen Catering & Cafes.